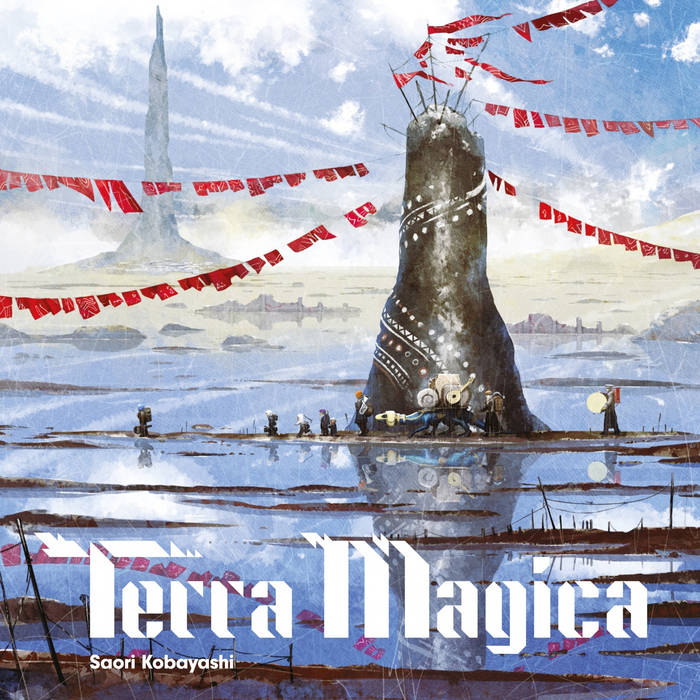 feather-flower This spiritual sequel to Panzer Dragoon Orta's music is still exquisite even 6 years after it was first released! No nostalgia blindness affecting my appreciation because the whole album still holds up great! And in addition to getting more of Saori's soaring soundscapes, I hope BraveWave will get more musicians willing to compose new music in the style of their former OST work! Like maybe Jon Holland (Vectorman 1 & 2)! Favorite track: Adrift.

xelavii This album makes me really happy. To suddenly discover music by Saori Kobayashi that I didn't even know existed is both nostalgic and exciting. It makes me come up with my own little scenarios and worlds to align with the music. It makes me wish other game composers would release new albums that could inspire these same feelings. Love it. Favorite track: Dance of Seekers.

Terra Magica is a love letter from Saori Kobayashi to her fans. Featuring the same rich, melodic tones that defined the iconic soundtracks of Panzer Dragoon Saga and Panzer Dragoon Orta, Kobayashi invites listeners to enter the world she has created, while encouraging them to create their very own story to match the progression of the music.

Written and produced by Saori Kobayashi