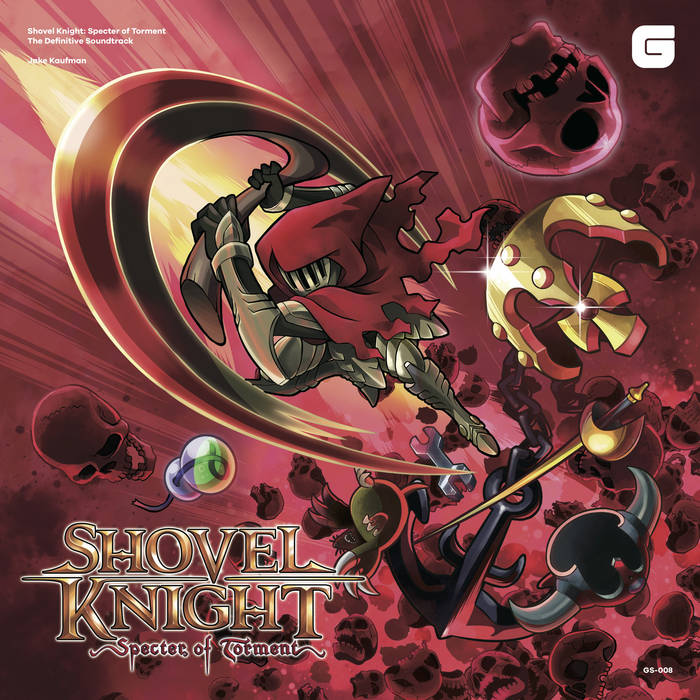 necrosthetic801 Just when I thought the soundtrack couldn't get better with each expansion, Kaufman continuously wows me with each new composition. Favorite track: The Price of Doing Business (Iron Whale).

This album is only available for buyers of the vinyl edition of this album and is not available for individual sale.
本品は、アナログレコード盤の特典として配信しております。一般販売・一般配信はございません。

"Specter of Torment" is the second DLC campaign for Shovel Knight, released in March 2017 as a prequel to "Shovel of Hope." The game features Specter Knight, servant to the Enchantress, in a quest to recruit a cadre of knights and create the Order of No Quarter. Composer Jake Kaufman is back with another exciting, action-packed chiptune soundtrack.

Shovel Knight: Specter of Torment The Definitive Soundtrack features all 25 tracks found in the original digital release, with a brand new cover designed by illustrator Hitoshi Ariga. The booklet includes a comprehensive interview with Jake Kaufman, an essay by Bob Mackey of Retronauts, and original archival artworks.

Shovel Knight: Specter of Torment is composed by Jake Kaufman

Message from Jake Kaufman:
This is the first time I’ve streamed the composition of an entire soundtrack from beginning to end! A whole bunch of people got to watch this music being written, and you can watch in our archives at youtube.com/mintpotion and follow us every day as we do our jobs at twitch.tv/mintpotion -- it’s a really fun experience for everyone, and I love having company while I write music!

Special thanks (from virt) to Robbie, Ben, Preston, Matt, Sheena, James, Tommy, Chiyoko, Pablo, and all the people who have supported me, Mint Potion, and Shovel Knight over the years. May the good times keep rolling!