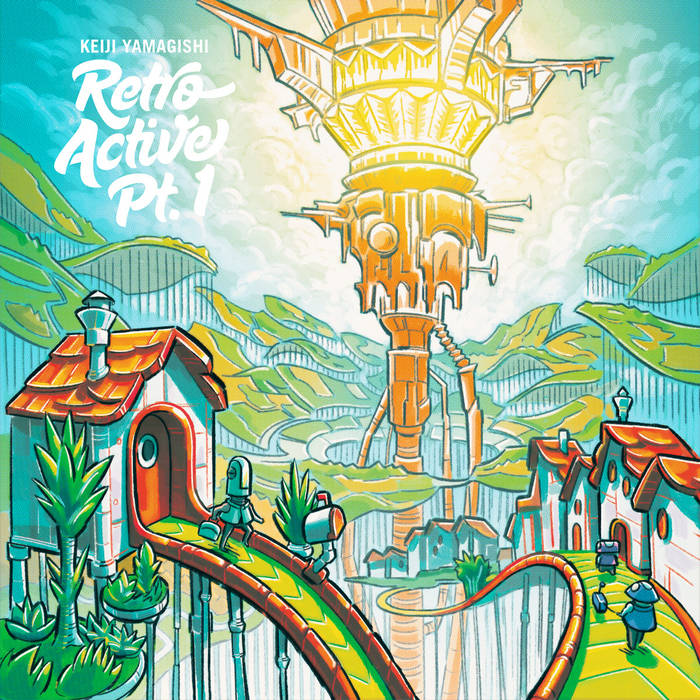 TheMaverickk An absolutely amazing album with more chirps and beats then I can shake a sprite at. There's a lot of energy and spirit to the music and Kaleidoscope is a huge highlight. Favorite track: Kaleidoscope (feat. Manami Matsumae).

Elle Great tunes! I really like the synth style of these funky jams. Plus the added guitar is awesome too. Favorite track: Bounty Hunter.

demicon This really brings back the feels from when I used to play ninja gaiden and mega man 2 on the NES. So much emotion squeezed into those complex melodies. It's good to know the creators of these awesome timeless tunes are still doing it like they used to, and can still grab me and take me for a ride, even though we're all a little older now. Favorite track: Drifting Love.
more...

After two years of work, musician Keiji Yamagishi and director Mohammed Taher are ready to unveil their year-long project titled THE RETRO-ACTIVE EXPERIENCE. Keiji Yamagishi is a Famicom-era pioneer and has composed music for some of the most beloved gaming franchises, notably Ninja Gaiden, Tecmo Bowl, Captain Tsubasa and Gitaroo Man. Twenty-five years later and surer of his place in life, Keiji Yamagishi is stepping into the limelight once more to present his first-ever solo project, split into three parts to be released throughout 2015, beginning with Retro-Active Pt. 1 in February. Inspired from his Famicom days and fueled with more passion and directness, Keiji Yamagishi sends us all into a "futuristic emotional chiptunes world", as he himself has described it.

For the Retro-Active project, Keiji Yamagishi infuses his early Famicom roots with modern sounds and production in collaboration with notable audio and visual artists, including Marco Guardia (of Flutlicht, DJ Tatana) as mixing engineer. Part 1 sees Yamagishi dabble in forward-thinking chiptunes and guitar-driven melodies, including collaborations with Mega Man’s legendary composer Manami Matsumae and eclectic guitarist Stemage (of Metroid Metal) on 4 tracks. The mini-album features remixes by Brave Wave’s Takahiro Izutani (of Bayonetta) and newcomer Smoke Thief, as well as Yamagishi’s friend Masatoshi Arai from back in their Famicom days.

With art by David Hellman (of Braid, Second Quest) and Cory Schmitz (of Below, PlayStation), director Mohammed Taher works to combine audio and visual into an explosive and exciting comeback.

Tracks 1-6 mixed by Marco Guardia. Tracks 7-9 produced and mixed by their respective artists. All guitars in tracks 2, 3, 4 and 6 by Stemage. Produced and published by Brave Wave Productions.