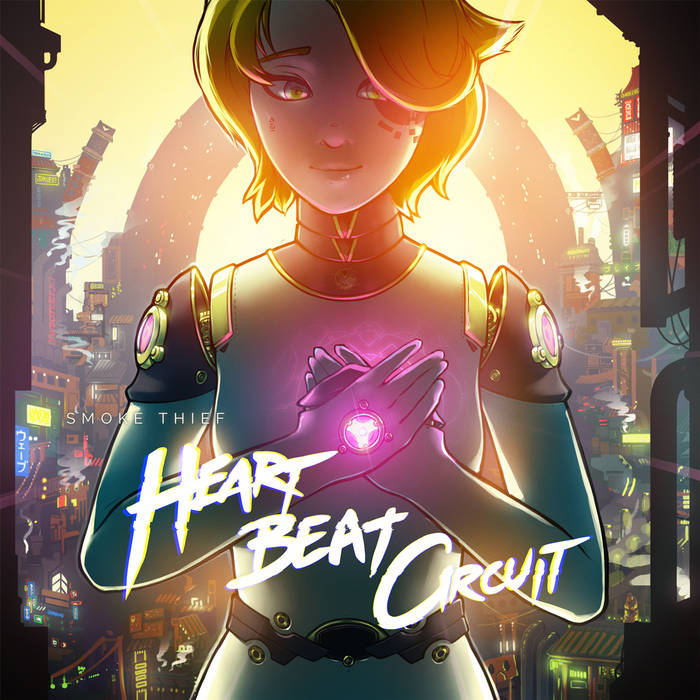 EJB This album is chill and moody, it makes me really calm listening to it. Favorite track: Forever Never.

LambdaCalculus Simple, subtle, and cinematic. This album would be the perfect soundtrack to a movie about a sentient android. Oh, and the movie should be animated by Studio Ghibli, too; this soundtrack carries quite the vibe of Joe Hisaishi's scores for their films! Favorite track: Summer.

Heart Beat Circuit is an album five years in the making. After completing his Master's degree in music performance in 2010, George "Smoke Thief" Baker began to conceptualize what would take shape into his first album. An image came to him of a futuristic female android who achieves sentience, which opens up a world of new experiences to her and the opportunity to forge a new life. This android, later named Krystal, serves as the main inspiration for the album, as well as appearing on the album cover.

Smoke Thief experiments with a variety of musical styles to explore Krystal's world and experiences. He strives to contrast the mathematical, logical aspect of music with its more human qualities by mixing genres from ambient to jazz, and fusing electronic elements with instruments such as saxophone.

With contributions from renowned video game composers Manami Matsumae (Mega Man), Saori Kobayashi (Panzer Dragoon Saga), and Takahiro Izutani (Bayonetta), Heart Beat Circuit takes the listener on a futuristic journey through the mind of this groundbreaking composer and that of Krystal, his muse.