← more from
Materia Collective
Get fresh music recommendations delivered to your inbox every Friday.

Card of Darkness: The Remixes 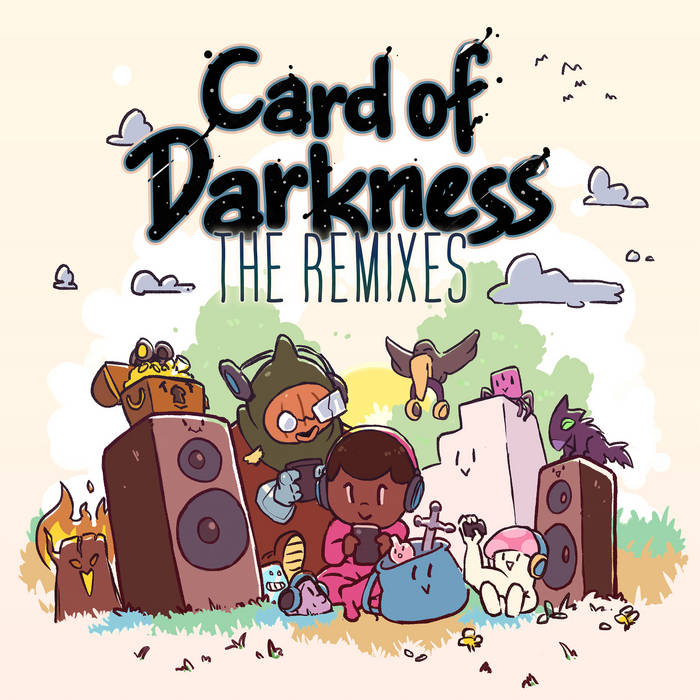 jamesjskenny Beautiful mix of contemporary and retro. Full of character. I hope to hear more from everyone.

"Card of Darkness: The Remixes" is a remix album for the Apple Arcade game Card of Darkness, originally composed by Stemage. The game was made by Zach Gage, Pendleton Ward, and Choice Provisions. Download the game here:
apps.apple.com/us/app/card-of-darkness/id1364257627

The album features a star-studded list of Brave Wave producers who collectively worked on games such as Ninja Gaiden, Tecmo Bowl, Mega Man 3, Wonder Boy, Sonic Mania, Bayonetta, and many more. See the credits list below for a breakdown on every producer.

This album is a love letter to the game and its flavorful music by American composer Grant 'Stemage' Henry. Stemage is the founder and guitarist of Metroid Metal, guitarist of Brave Wave's in-house band Super Strikers, and a frequent collaborator with Ninja Gaiden composer Keiji Yamagishi. Stemage's credits include composing for Steven Universe, Runner3, and Bubsy: Paws on Fire.

The remixes are by the following producers, in order of appearance:

All tracks arranged and mixed by their respective artists, except for Track 8 which is mixed by Shinichi Sakamoto.

Special thanks to all the participating artists for finishing the remix album soon after the game had launched.